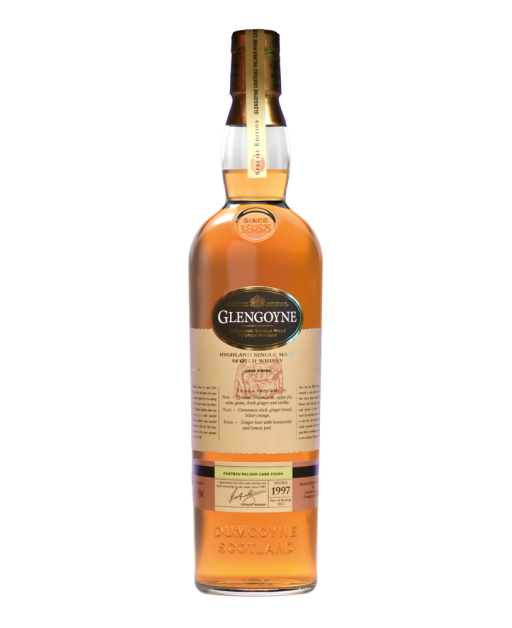 Originally founded in 1833, the Glengoyne Distillery only took its present name in 1905, after being called Burn Foot and then Glen Guin. Owned in succession by Langs Brothers and then Edrington, it is now owned by Ian McLeod, who has made it popular with whisky lovers by opening its doors to many tourists. Glengoyne produces a rich, dense and fruity malt, which is the result of an extremely slow fermentation and distillation, and stills that promote maximum contact with copper. It is also probably the least peated whisky in Scotland, as the grains are dried in hot air. The distillery is famous for at least two facts: it is located on the fictitious dividing line between the North and the South of Scotland (its stills are located in the Highlands, hence its name, but its cellars are in the Lowlands). It is also one of the locations of Ken Loach's film The Angels' Share.