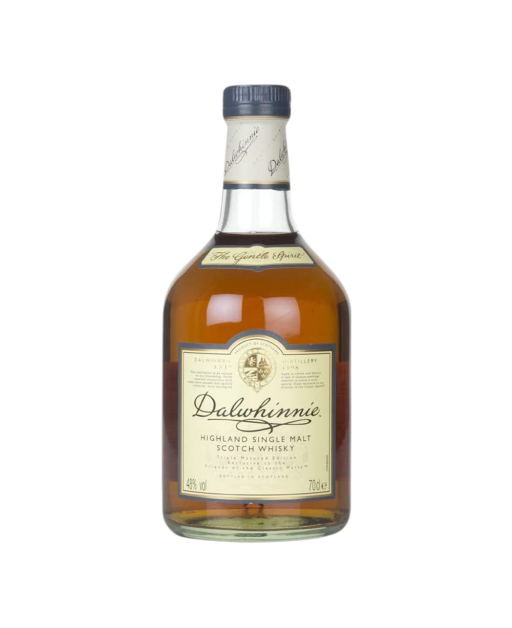 The construction of the distillery started in 1897 under the name “Strathspey”, but one year later, various administrative and financial problems led to a change of ownership and the name to Dalwhinnie. The distillery was owned by an American company from 1905 to 1919 and then again by a Scottish company on the eve of prohibition in 1919. It is located in the Cairngorms National Park, 300 metres above sea level, which makes it the highest active distillery in Scotland. The altitude is important, as the low temperatures are crucial in cooling the sulphurous "new make" in the worm tub condensers adjacent to the distillery, which over the years have given Dalwhinnie single malt its honeyed and mellow character. This distillery is one of those selected to represent the Highlands in the "Classic Malts" and "Distillers Editions" series. It is part of the Diageo group.