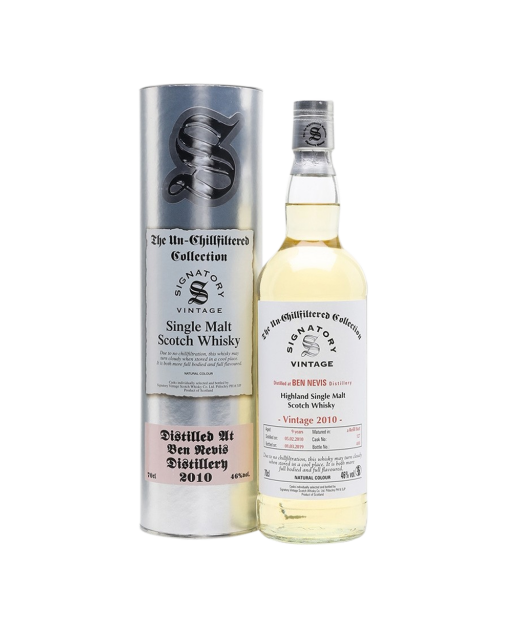 Founded in 1825 by the famous "Long John" Macdonald, the Ben Nevis distillery is a Scottish wonder which hasn’t received the recognition it deserves and which remains very old fashioned in its production methods (it is one of the last distilleries to use brewery yeast) as well as in the style of its products. With traditional pot stills and a continuous distillation column, it produces grain whiskies, malt whiskies and blended whiskies. The strong character of the malt distillate, rustic like brandy and with a grain flavour, lends itself particularly well to long maturation, especially in ex-sherry casks. Ben Nevis has been part of the Japanese Nikka Group since 1989.