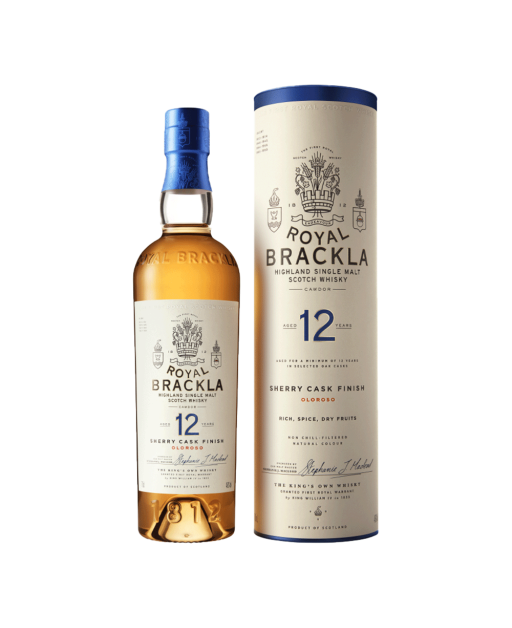 The distillery was founded in 1812 by Captain William Fraser near the village of Brackla, not far from the castle of Cawdor. It is located approximately 20 km from the city of Inverness. Given the quality of its Single Malts and as a purveyor to the Crown, the distillery was granted a licence and, a few years later, the authorisation to place "Royal" in front of its name. The distillery was shut down in 1985. Production started again in 1991 and a 10 Year Old Royal Brackla was launched in the "Flora & Fauna" series. The purchase of the distillery by the Bacardi-Martini group allowed it to launch a new 10 Year Old in 2004 and a new line in 2015. The line currently includes a 12 Year Old, a 16 Year Old and a 21 Year Old.